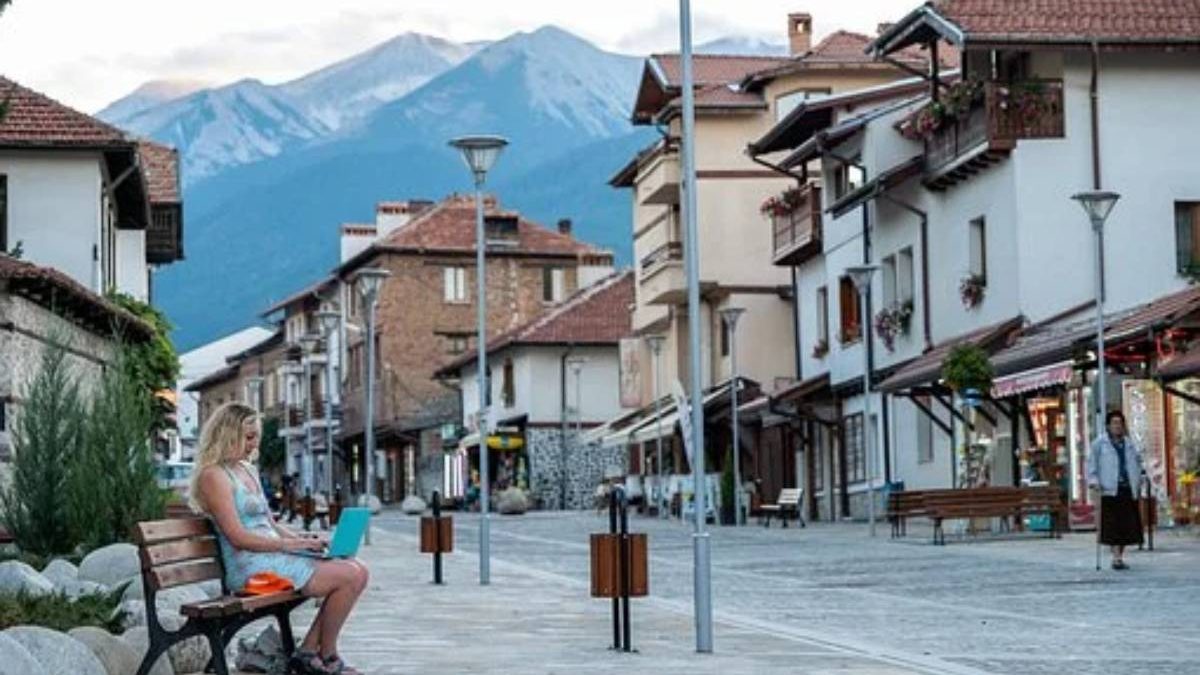 Since the start of the pandemic in March 2020, there has been a huge jump in people and businesses working remotely. To combat a phenomenon known as “Espana Vaciada (Emptied Spain), under the Start-up Act that Spain has recently introduced, Spain is a country that is trying to make use of this new working trend by tapping into workers that can come to Spanish towns that are struggling with numbers. Under this Act passed by the Spanish parliament, remote workers working for foreign companies from non-European Economic Area countries (EEA) are permitted to live in Spain without needing a full work visa.

The aim of issuing these remote working visas is to encourage talent and investment in Spain and enhance Spain’s reputation as a global business hub. For these workers from non-EU countries, the new visas will entertain applicants from both categories: a) those employed by non-Spanish companies and b) those with an income of less than 20% earned from Spanish companies.

Spanish Towns in the Outback

The new working digital nomad visas, which will allow workers to stay in Spain for a maximum of 12 months, are intended to help in rural Spanish towns that are struggling with numbers due to low job opportunities and dwindling populations. However, these rural destinations that are in terminal decline are ready to embrace foreign remote workers into their towns.

So far, around thirty villages in Spain, all of which have under 5000 residents, have signed up to the National Network of Welcoming Villages for Remote Workers to encourage digital remote workers. It is likely that more villages will join the network scheme as they consider the benefits to the local businesses and economy, as well as revitalising lagging communities. Each visitor will offer a local who can host and welcome them into the community.

In the past, some Spanish towns have tried other schemes to help revitalise dying villages. For example, the small community of Oliete in Spain’s Teruel region launched an adopt an olive tree programme in which people could sponsor an abandoned olive tree for 50 euros. The result from this scheme was the creation of an NGO which provided 13 jobs for locals in the village. The sponsors, in return, received 2 litres of olive oil a year.

With over 7000 olive tree sponsors so far, schemes like this not only bring in much needed finance to the area, but they also bring in tourists seeking to find out more about the local community. Oliete, previously home to a thriving community with cinemas and dance halls, has also joined the remote digital nomad working scheme.

Of Spain’s 8,131 municipalities, 3,403 have been classified as at risk of dying out. The digital nomad visas are seen by the Spanish government, and indeed local villages, as a potential way to help reverse this worrying trend by bringing in badly needed revenue and by repopulating the numbers.

After successfully applying for the work visa from a Spanish consulate in their respective country, and once they are working and living in Spain, they can then go on to apply for a residence permit which would allow them to extend their visa for a further two years.

Part of Spain’s strategy is to lure workers with tax incentives, as with other countries that have done the same by introducing nomad visas. Workers will be able to take advantage of paying a tax rate of 24% on income up to 600,000 euros, whereas native high earners can pay residential tax rates of anything up to 45%.

For many nomad digital workers, there is great attraction to a change of setting, away from the hustle and bustle of city life. Like Oliete, many of these communities are farming country, where the locals live off the land and raise farm animals. The chance to reconnect with nature and the peace and tranquilly of rural life, and of course, the sunny weather, is an attraction that many are seeking.

Villages are now busy readying themselves for the first arrivals. In Oliete, for instance, they are converting a three-story building into coworking office space, funded by a programme that is encouraging nomads by creating new business infrastructure.

To see how things might progress, no doubt Spanish officials are looking at other countries that have introduced similar visas, like in neighbouring Portugal where the D7 vias was introduced in 2007. Here, workers only had to earn 1,000 euros a month to qualify. The “golden visa,” Portugal’s other visa, introduced in 2012, whereby to qualify you must buy a property worth 350,000 euros, is another one to consider for comparison. This visa scheme brought into Spain 5.3 billion euros in investment from nearly ten thousand applicants.

“Due to the pandemic, changing attitudes, and innovative new technologies, the world of work is changing as more people are now working remotely than ever before,” said Jamie Johnson, CEO of FJP Investment added, “The Spanish people, culture, scenery and weather all make for a lifestyle that is hard to resist.”

How To Save Time & Money With A Franking Machine?

Travel Sydney in Style with These Tips and Tricks