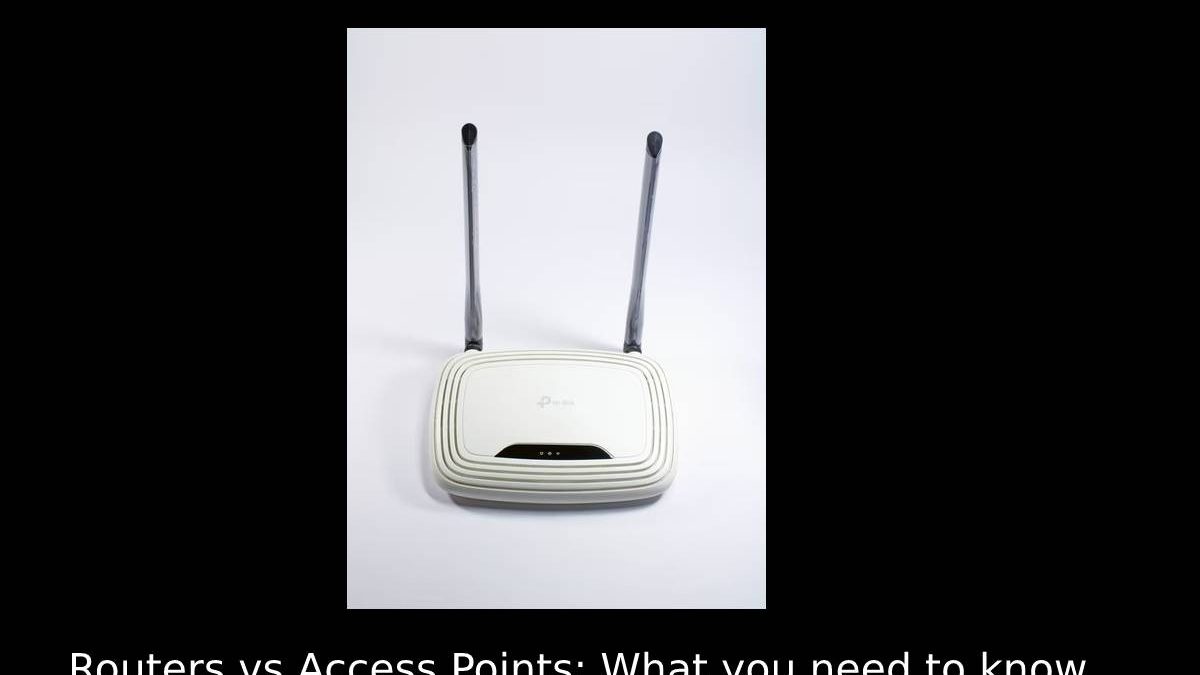 Routers vs Access Points: What you need to know

One of the biggest problems that businesses have with their IT environment also happens to be one of the most simple problems: The Internet isn’t working as they want it to points. Slow connections, frequent drop-outs, and other such issues dominate headlines when it comes to business technology.

It’s easy to understand why business leaders are so concerned. The disadvantages that come from a bad connection cut right to the core of business:

1)     Decreased Response Time: If your Internet connection is also slowing down your Webpage, you’re going to lose a lot of customers. Research shows that 57 per cent of users abandon a page if it doesn’t load within three seconds.

2)     Low productivity: You could lose as much as one week worth of productivity per employee, per year. If you’re a medium-sized business with 50 people, that’s a full year’s worth of work between them. Those little seconds where people can’t work because their Internet is so slow very quickly add up.

3)     Frustration: No one likes to have to deal with a slow Internet connection. Especially when they’ve got a dozen things on and need to get some work done before rushing off to the next meeting. Frustrated employees can start to drag on morale across the whole of the organisation.

4)     The inability to properly leverage the cloud: So much work is done in the cloud now. From meetings to document collaboration, to invoicing, inventory management, and payroll. The cloud is compelling because it is efficient, effective, and can be done from anywhere. However, if the office Internet is experiencing disruption, so too will the cloud services, which can not only slow work down, but lead to critical functions within the business being unavailable.

Amazingly, in many cases where the Internet is slow and ineffective, the reason is simple; there has been a misunderstanding about the technology used to “broadcast” the Internet within the office. If the Internet isn’t working as expected, the first thing to check should be whether the boxes connected to the Internet servers are Routers or Access Points.

The difference between a router and an access point

A router takes the Internet signal – whether provided via wireless technology or over fibre optics – and “broadcasts” it so that connected PCs, laptops, tablets and phones can use that connection to connect to the Internet.

These days the router is generally called on to provide a wireless signal so that multiple devices can connect simultaneously without the need to fill the office with cords. However, with most routers wired (Ethernet) connections are still available, and some offices prefer this for critical devices and applications because a wired connection generally boosts speeds a little.

A router is different to an access point, though they look similar. An access point connects to an existing network, and then “beams” the Internet signal further, increasing the range with which people can connect.

Which do I need?

Depending on the size of your business, you’ll very likely need both as they are both critical parts of IT infrastructure.

The problem that many businesses face is range. A wireless signal gets increasingly weak the further away the router is. If there are walls and other objects in the way then the signal is even weaker. Furthermore, it would be impractical to run ethernet cables the length of your office – it would be a health hazard beyond being unsightly.

That’s when the access point comes in. By strategically placing access points across the office, and then connecting those to the router via ethernet cables, you can create a “mesh” that will blanket your office, meeting rooms, and other key environments with an even Internet speed. This is also how an office with multiple floors can share a single Internet connection. By itself, however, the access point won’t be of much use to you. You need the original connection point – the router – for the access point to work from.

If your office environment is very small – say that you’re a small business with a single floor office, very few walls or meeting rooms, and it’s no larger than a small house – then a router will serve your needs by itself. By the time you’ve grown to become a small business, however, you’ll want to make sure that the meeting room has a good Internet connection and that the boss’ office isn’t disconnected the moment the door closes. You may well have a second floor or outdoor area, too. In such cases, the access point becomes an equally critical piece of your IT environment.

Review Routers vs Access Points: What you need to know. Cancel reply

How Salvage Data Can Recover Your Files

What is Cybersecurity? – Definition, Importance, Types, and More